How to optimise solder stencil aperture to increase connector options 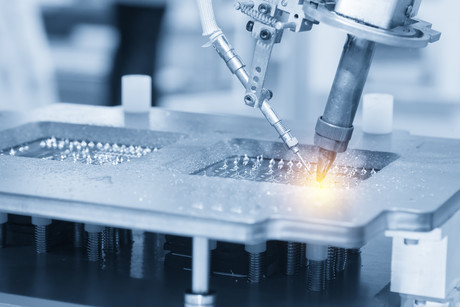 As electronic systems increase in component density, designers will typically look to match fine 0.10 mm-thick solder paste stencils on the PC board to equally fine connectors with a co-planarity not in excess of 0.10 mm. However, a connector co-planarity value of 0.15 mm is not uncommon and it gets increasingly difficult to achieve 0.10 mm as the number of connector pins increases and with formed-pin, right-angle connectors. This has restricted designers’ connector options and either forced the use of multiple connectors when a single connector would have been preferred, or the use of stepped stencils. Both options add cost and complexity to the system design and production.

However, a study by Samtec and Phoenix Contact has shown that by optimising the solder stencil aperture, designers can use the more widely available and less expensive 0.15 mm co-planarity connectors with the finer 0.10 mm stencils, while still meeting IPC-J-STD-001 Class 2 criteria for a 100% yield.

This article will discuss the relationship between stencils and connector co-planarity and the trade-offs and restrictions designers face. It will then describe the study, its results and the impact of those results with respect to design optimisation for cost, space, performance and reliability.

The stencil and connector co-planarity relationship

Roughly speaking, the term ‘co-planarity’ refers to the maximum distance between the highest and the lowest lead, or pin, when the connector is sitting on a flat surface. It is typically measured using optical gauging equipment (Figure 1a).

Figure 1a and 1b: Co-planarity measures maximum lead height variation above a flat surface and it is critical to keep that variation to a minimum for SMT device leads to avoid problem joints (bottom). Image source: Samtec. For larger images, click here.

Good co-planarity is critical for good solder joints: if a pin or lead is sitting too high, it may not make sufficient contact with the solder paste, resulting in a mechanically weak joint or a completely open electrical connection. Most specifications call for a co-planarity of between 0.10 and 0.15 mm.

With the right process and tools, it’s possible to consistently build connectors for most applications with co-planarity of 0.15 mm. However, a co-planarity of 0.10 mm is more difficult to achieve as pin counts increase and especially with advanced shaping and forming of the connector pins to specific angles, such as dual row, right angle. Maintaining this lower co-planarity can increase connector costs.

With large boards now comprising in excess of 3000 components and smaller, more integrated electronic devices forcing tighter space constraints (and as a result finer pitch components), designers are more frequently considering the use of 0.10 mm-thick stencils. If the stencil is made any thicker, there is a higher risk of solder bridging between leads or pads. However, they are having difficulty finding connectors that meet the 0.10 mm co-planarity specification, with sufficient pin counts and suitable form factors.

Designers do have options, however. They can use a stepped stencil approach, with a thinner stencil for the fine pitch components and a larger stencil for the connector. This solves the problem, but at a higher stencil cost that may not fit applications where there isn’t sufficient space between components on either side of the step. The general rule of thumb requires a distance between stepped apertures of 36x the step thickness.

Another option is to use multiple connectors. Fewer pins make it easier for a connector to meet tighter co-planarity specifications. However, more connectors also add cost, as well as layout complexity and reliability issues. In addition, while a connector may meet 0.10 mm co-planarity requirements, a 0.10 mm stencil results in less solder volume, leading to a potentially weaker mechanical joint.

How to optimise the stencil aperture

To see if these trade-offs can be minimised, Samtec and Phoenix Contact studied the effects of modifying the apertures of the stencil for three connector series. They used a 0.15 mm stencil with 1:1 aperture so the deposited solder was the same size and shape as the copper pad. They then added two variations of 0.10 mm stencils with enlarged apertures. Connectors were then built and selected for the study based on co-planarity values between 0.10 and 0.15 mm.

The study involved adjusting the aperture size beyond the size of the pad (overprinting) to increase the volume of solder and create a better connection, but not so much that it would cause bridging or leave solder balls on the board surface. To achieve this, the study relied on the tendency of solder to coalesce on the heated pad once it has reached its liquidus temperature during reflow. Still, the right size aperture must be determined for each connector type (Figure 2).

Figure 3: A sample FTSH connector with a co-planarity of 0.152 mm soldered using a 0.10 mm-thick stencil with optimised apertures shows a high-quality joint for both the inner (left) and outer (right) rows. Image source: Samtec.

Based on these results, it’s clear that designers working with 0.10 mm stencils should give connectors with maximum co-planarity values of 0.15 mm a second look. If the optimum stencil aperture has been determined to allow the combination, this can open up a whole range of off-the-shelf connector options and avoid restrictive or expensive alternatives. If the optimum aperture is not available online or has not yet been determined, it’s important to contact the connector manufacturer early in the design process to either determine the optimum aperture or find a more suitable solution for any given application.

The key is to engage early. The further down the road a design has gone, the more limited the options.

Knowing the trade-offs yet hearing customers’ calls for ever finer stencils and tighter co-planarity, the research and development team at both Samtec and Phoenix Contact came together and found a way to optimise the stencil aperture such that connectors with 0.15 mm co-planarity can be used with 0.10 mm stencils. This result is the best of all worlds: fine 0.10 stencils, more connector options, low cost, low complexity and mechanically strong joints that meet IPC-J-STD-001 Class 2 criteria.

*David Decker earned a Masters of Engineering degree in Mechanical Engineering from the University of Louisville’s Speed Scientific School in 1993 and acquired his Professional Engineering licence in 1998. After beginning his career as an injection mould tooling engineer with Lexmark and then General Electric Appliances, David moved on to Samtec where he has worked for 22 years holding positions in new product design, custom product design and as Director of the Interconnect Processing Group for the last 15 years. David is also a Lieutenant in the Reserve Division of the Clark County Sheriff’s Office, where he has served for nine years.

Focusing on some of the main challenges during the production of the printed circuit board,...

The benefits of self-clinching fasteners arise from their design, which features an annular...