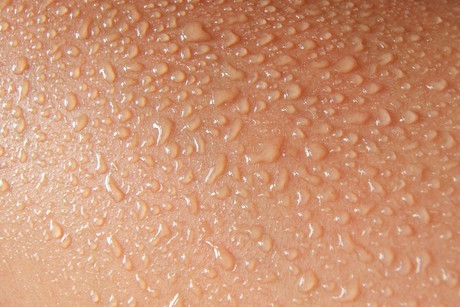 Mammals sweat to regulate body temperature, and now Chinese researchers are exploring whether our phones could do the same.

Larger devices such as computers use fans to regulate temperature. However, fans are bulky, noisy and energy-consuming, and are thus unsuitable for smaller devices like mobile phones. Manufacturers have thus been using phase change materials (PCMs), such as waxes and fatty acids, for cooling in phones; these materials can absorb heat produced by devices when they melt.

However, the total amount of energy exchanged during the solid–liquid transition is relatively low. In contrast, the liquid–vapour transition of water can exchange 10 times the energy compared to that of PCM solid-liquid transition.

Inspired by mammals’ sweating mechanism, researchers from Shanghai Jiao Tong University studied a group of porous materials that could absorb moisture from the air and release water vapour when heated. Their work, published in the journal Joule, found that metal–organic frameworks (MOFs) proved promising because they could store a large amount of water and thus take away more heat when heated.

“Previously, researchers have tried to use MOFs to extract water from the desert air,” said senior author Ruzhu Wang. “But MOFs are still really expensive, so large-scale application isn’t really practical. Our study shows electronics cooling is a good real-life application of MOFs. We used less than 0.3 grams of material in our experiment, and the cooling effect it produced was significant.”

The team selected a type of MOFs called MIL-101(Cr) for the experiment because of its good water-absorbing capacity and high sensitivity to temperature changes. They coated three 16 cm2 aluminium sheets with MIL-101(Cr) of different thicknesses — 198, 313 and 516 µm, respectively — and heated them on a hot plate.

“In addition to effective cooling, MIL-101(Cr) can quickly recover by absorbing moisture again once the heat source is removed, just like how mammals rehydrate and [get] ready to sweat again,” Wang said. “So, this method is really suitable for devices that aren’t running all the time, like phones, charging batteries and telecommunications base stations, which can get overloaded sometimes.”

To investigate the cooling effect of MIL-101(Cr) on actual devices, Wang and his team tested a coated heat sink on a microcomputing device. Compared to an uncoated heat sink, the coated one reduced the chip temperature by up to 7°C when the device was run at heavy workloads for 15 min.

Looking forward, the team plans to improve the material’s thermal conductivity. As noted by first author Chenxi Wang, “Once all the water is gone, the dried coating will become a resistance that affects devices’ heat dissipation.” Incorporating thermal conductive additives such as graphene into the material may help address the problem, he suggested.

Ruzhu Wang added that cost will be an issue that may prevent manufacturers from installing this cooling system onto our phones. He said, “By finding MOFs a practical application, we hope to increase the market demand for them and encourage more research on MOFs to bring down the costs.”

Australian researchers have used liquid metal to create two-dimensional materials no thicker than...

OHS obligations in the workplace amidst COVID-19