The end of just-in-time for electronics manufacturing 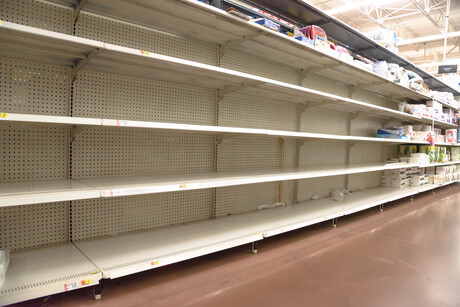 I’m fascinated by the story of the Dutch explorer Willem de Vlamingh, who in 1697 became the first European to see a black swan in Australia, causing a sensation on that continent where people assumed that swans were only white. It had a profound effect on zoology at the time, but in retrospect should have been obvious, as just about every other species had multiple colours.

A black swan event later became known as one that “comes as a surprise, has a major effect, and is often inappropriately rationalised after the fact with the benefit of hindsight”, according to Wikipedia.

The dramatic global shortage of components is arguably the greatest black swan event impacting the electronics industry since the Fukushima earthquake. Beginning with the temporary shutdowns of electronics manufacturers at the height of the pandemic, a series of cascading consequences has seen the situation deteriorate rather than improve as factories came back online.

For those of us working in the industry, we are used to the cycle of shortage and supply in electronics, though this one is of a magnitude we have not witnessed before.

The start of the cascade began when the US temporarily shut down its automotive industry to try and control the spread of COVID-19. Modern cars have massive amounts of electronics in them. Being a fan of Tesla, I can see that electric vehicles have an even higher electronics usage and that market is growing rapidly.

This dip in demand from the automotive industry was compensated by soaring demand for electronic consumer products during the lockdowns starting from the second quarter of 2020.

Apart from everyone buying laptops and tablets to work from home, the surge coincided with the global rollout of 5G networks and associated product launches to leverage the new technology.

In addition, predictions of the Internet of Things megatrend are being fulfilled with estimates of over 30 billion devices connected by the end of 2021. While half of Circuitwise’s business is in medical devices, the other half is increasingly internet-connected devices of one sort or another.

All of these events had little impact on the rest of the electronics industry throughout the second half of 2020, as the balance of supply was being maintained. What few people anticipated was the impact of the returning automotive market, which similarly surged towards the end of the year, taking everyone by surprise.

As we moved into the new year it became apparent that supply was not keeping up with demand. What happened next is reminiscent of the toilet paper panic buying at the start of the pandemic.

Initially, certain select items disappeared from the virtual shelves of electronics suppliers around the world, particularly for proprietary parts where no drop-in alternatives are possible.

The popular STM32 family of microprocessor units, which underpins so many modern electronic device designs, became almost impossible to buy. Everyone started putting in massive purchase orders, hoping to ride out the shortage/surplus cycle, but these parts are normally on allocation anyway and so the volume of deliveries to each original equipment manufacturer (OEM) fell away with the increased number of companies panic buying ahead of their actual needs.

As the panic continued, the shortfall in supply has spread throughout every semiconductor category and even into ceramic jellybeans such as capacitors and resistors.

I saw a presentation by Future Electronics in April which says their book-to-bill ratio in the previous three months has been 1.6.

“This ratio shows massive growth in new orders. For every $1 million we ship in a month we are receiving $1.6 million of new orders. In a normal market this ratio would be between 0.95 and 1.1,” the company said.

What initially impacted the automotive and consumer product sectors has now spread to every industry sector, including medical devices and other high-reliability products that Circuitwise specialises in, and the situation is continuing to worsen.

While some manufacturers can afford to scale back production, what is really crippling our customers is the price spike on critical components. While it is natural for prices to rise in a shortage market, what has compounded the issue is that electronics components are almost exclusively air-freighted to Australia.

The freight market has seen similar dramatic impacts as the air industry has virtually shut down. The few freight routes still operating are stressed by demand from multiple industries trying to get critical supplies imported, so freight costs have experienced a similar hike in prices.

The impact is that the price of some microcontrollers has jumped from a few dollars per item, pre-pandemic, to around $50 now. For customers that are targeting an overall unit cost of say $80, this price is not sustainable.

The issue is particularly bad in the medical device market, where it is not possible to substitute alternative components due to regulatory requirements. If you do, you need to resubmit the design to regulatory authorities to prove the change has not introduced any unmanageable risks.

The root cause of the problem is the time required to build the silicon wafer production lines and to bring mothballed capacity online. The companies that manufacture electronic components generally outsource wafer production to silicon foundries (fabs) because they are so expensive. One of the largest fab companies in the world, TSMC in Taiwan, was recently in the news having spent $9.3 billion on a new plant.

These plants typically have multiple production lines that can be mothballed during times of surplus. However, it reportedly takes six to nine months to bring a mothballed line back online. To add a new production line takes even longer, in the order of nine to 18 months.

So the supply side of the components market is not keeping up with demand. While they are scrambling to ramp up capacity, they are understandably nervous about a massive oversupply hitting the industry as conditions ease and everyone scales back or cancels their orders. Suppliers naturally take a dim view of cancelled orders, so are now increasingly insisting on non-cancellable, non-returnable purchase orders. This is just exacerbating the challenge facing OEMs.

As the situation continues to worsen, many OEMs are becoming increasingly desperate, forcing them onto what is known as the grey market. The grey market is not illegal, but it is outside of a manufacturer’s official trading channels.

Traceability is essential and a regulatory requirement for medical devices. Warranties are also a valuable service as semiconductor manufacturers are not infallible. If Circuitwise detects faulty components during testing it can obtain free replacement parts on behalf of its customers.

The issue with grey market components is that they are often there because they already have issues. It’s common for grey market devices to simply not work or, worse, to have faults that don’t become apparent till they fail in the field. Sometimes they are counterfeit products. A few disreputable recyclers in Asia skim the label off cheap alternatives and relabel them as superior branded products.

Regardless of these ethical issues, manufacturers of cheap disposable consumer devices might get away with sourcing from the grey market but, in the high-reliability industry Circuitwise caters to, that can be catastrophic to the reputation of the company and very expensive to recall products.

The situation has become so bad in the US that President Biden signed an executive order in February designed to address the impact of the chip shortage. The order includes a review of components critical to the American economy in areas such as medical supplies.

The US Semiconductor Industry Association and several industry-specific associations are lobbying for new semiconductor manufacturing plants to be established in that country as part of the government’s recently announced critical infrastructure plans, to reduce the reliance on a small number of Asian manufacturers and increase sovereign capability.

Still, these are at best medium- to long-term fixes. It is a difficult situation with no easy solution, as there is only so much supply to go around. We previously used to advise clients to purchase stock up to six months in advance of requirements. Based on current conditions, we are now pushing that out to a year and a half.

While shortage/surplus conditions typically go through cycles, analysts are predicting this pandemic-driven one will be longer than normal, with supply not predicted to catch up to demand until late 2021 at best and possibly extending well into 2022.

The best advice I can give right now is to plan for a sustainable return to market normality.

Right now, electronics components suppliers are rewarding customers who already had long-term purchase agreements extending out one or two years, by prioritising them ahead of panic buyers in the market.

I think when we look back on the biggest impact of the pandemic on the electronics industry, it may well be the death of just-in-time manufacturing philosophies.

Product manufacturers need to rethink their supply chain models and work on improving their forecasting and product road mapping to meet the new global reality of uncertainty in supply chains. 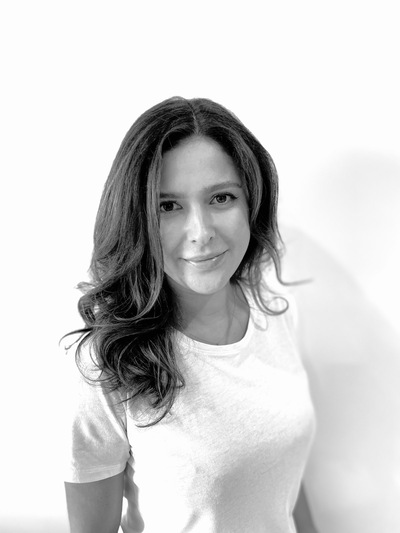