The legacy of Henry Sutton

Henry Sutton is not a name that immediately springs to mind as possibly the greatest Australian inventor of the late-nineteenth and early-twentieth centuries. 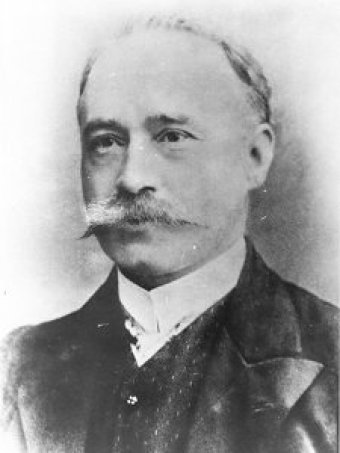 So why is this largely self-taught man not more widely known? Perhaps part of the answer is the isolation of Australia at that time, so that his name was known only to a few associates. He also disliked patenting his devices, which could have made him more widely known, because he thought that anything he invented should freely and easily benefit mankind with no ties and restrictions imposed by patents. And he did not want personal material gain.

Later he travelled to England and France to deliver technical papers and became more widely known, especially when he was invited to join various learned societies.

When he was just 14, he invented a continuous current dynamo with a practical ring armature. Although Italian Antonio Pacinotti had invented a similar device in 1860, Sutton’s invention was taken up by Belgian Zenobe Gramme and became a standard after 1881. Gramme showed the French Academy of Sciences his own improved version of the Sutton machine, and when in 1873 it was found the device was reversible and could be used as a motor as well as a generator, it was enough to provide the impetus for the fast development of the worldwide electric motor industry.

He developed more than 20 different telephones shortly after Graham Bell had patented his own invention of the telephone in 1876 and installed a complete phone network between the family’s music warehouse and shop in Ballarat, prompting Bell to visit the company to see the installation. Sixteen of Sutton’s instruments were later patented by others.

He broke new ground when he became lecturer in applied electricity and magnetism at the Ballarat School of Mines. His appointment was the first in this field and not only was he entrusted with teaching a senior class, he was also allowed to install a telephone system around the school. His teaching quickly revealed a shortage of, and a delay in getting, scientific instruments from England so he organised an Australian production facility for instruments which gave birth to Victoria’s scientific instrument industry.

At about this time he invented a vacuum pump that he used in his lectures. The pump made possible the development of the electric light bulb which relied on a vacuum for its efficiency, and so successful was the machine that it was adopted by Swan Edison Co in England to manufacture bulbs.

In 1885, using a system he devised and called the Telephane, he transmitted pictures of the Melbourne Cup race to Ballarat and the experiment was said to work ‘quite well’. But because there was no radio, the weak link in his system was the telegraph wire itself that was incapable of providing sufficient bandwidth to handle vision signals to give a true picture.

This venture preceded the ‘official’ inventor of television, John Logie Baird, by many years. Baird was not born until 1888.

Crude as it may have been, he sent details of the Telephane to R J L Ellery, government astronomer of Victoria “so the invention could be in the hands of someone capable of stating his claims of being the first in this direction”.

A few years later, Sutton went to England and France where he demonstrated the Telephane to scientists and published a paper giving the details of the system; but he did not patent it, allowing Baird to use Sutton’s thoughts on the synchronisation of transmitter and receiver in his own invention 43 years later.

Henry Sutton had an inauspicious start to life, being born in a tent on the Ballarat goldfields in 1856. He was the only one of the six children who did not immediately go into the later successful family music business that became an institution in Melbourne and Ballarat until 1956.  Henry was the studious one of the family, although all the children were taught by their mother until about the age of 11. But his interest in science had already started and before 14 he had read all the science books in the Ballarat Mechanics Institute.

This early interest in matters scientific led him to study the flight patterns of insects that later blossomed into one of his earliest inventions - a clockwork flying machine known as an Orthicopter, which could fly in a circle. One of its earliest admirers was Lawrence Hargrave, who went on to become Australia’s flight pioneer.

His interest in radio was stimulated after meeting Nikola Tesla in London, who was there to give a series of lectures on wireless energy. This reinforced work he was already involved with in sending pictures by radio.

He became involved in the family business in 1908 and moved to Malvern in Melbourne where he erected a radio tower “which was about twice the size of the house and had 700 m of steel cable and he held the world’s record for the longest radio transmission during that time”, according to Lorrayne Branch, a descendant of Sutton, who is writing a biography of her relative with likely publication this year. A year later he was granted the country’s second experimental radio licence, allowing him to transmit up to 400 km.

In 1910 he was credited with inventing the world’s first portable radio transmitter that had a range of about 460 m. He then became involved with top-secret work on long-range radio technology with the Australian Navy.

A few years later, he was a member of the team that demonstrated sending radio signals between Queenscliff and Devonport - an exercise in which a Marconi representative wanted to convince the federal government to buy Marconi wireless telegraphy equipment.

As a result of this experiment, the Australian Government decided to build a radio system around the country, and from 1906 to 1912 Sutton worked for the government on perfecting the system.

According to his biographer, Sutton’s experiments in transmitting images by wireless led him into a new concept of radio which is still a mystery but one his biographer is hoping to solve. He had talks with the Defence Department about this new technology but he was falling foul of the Post Master General, who wanted to prosecute him for breaking the law by broadcasting from his Malvern home without a licence. The argument raged on for two years until the authorities were finally convinced that Sutton was working secretly for the government.

Walter Jenvy, Victoria’s chief electrical engineer, is reported to have sent Australia’s first radio signals to the escort ship of HMS Ophiry on which the Duke and Duchess of York were travelling to open the first federal parliament in 1901. The message “Hearty greetings of welcome from Queenscliff” was received on board prompting the reply “Thanks, but where’s Queenscliff?”

Outside radio and electricity, Sutton was active in motoring, being a prime mover in the formation of the Royal Automobile Club of Victoria. He designed and built the Sutton Autocar that could travel at 30 km/h and may have been the first front-wheel drive car in the world. Two prototypes were built and the intention was to manufacture them in Australia with the Austral Otis Co but cheaper imported vehicles put an end to the venture and neither of the two has survived.

Another car he designed and built is now restored and privately owned and was displayed at the White House Museum in Tasmania in 2009.

Experiments with air-cooled engines running on low-grade fuel led to him designing and building engines and carburettors. He designed and built and, with his son, raced motorcycles and experimented with three-wheelers.

In collaboration with the Austral Otis Lift Co, he helped build Australia’s first hydraulic lift that was installed in the family’s shop in Ballarat and became a novelty attraction for shoppers.

In spite of often working until 2 am and beyond, he found time to marry at the age of 25 and had three sons. After his wife died he married again and had another two sons. Sutton died at the early age of 56 in 1912, leaving a legacy that is only now just being recognised.

Airbus and JustTop ready for the Winter Olympics in 2022

Digi-Key Electronics continues with Renesas and Dialog Semiconductor after merger

Considering the move to 400 Gb (it's closer than you think)

Embedding consent education into the curriculum