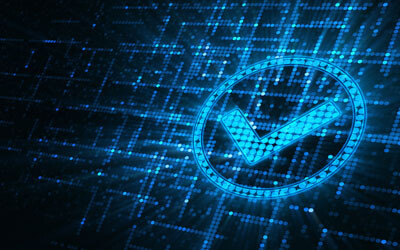 Although not mandatory, CISPR 35 has been adopted for use in Australia and New Zealand as AS/NZS CISPR 35 and also published as EN 55035. It is a common EMC emissions standard that is applied to a vast range of ITE and multimedia equipment (MME), including gaming machines, office equipment, modems and many Internet of Things (IoT) devices, and a companion to emission standard CISPR 32 (EN 55032): Electromagnetic compatibility of multimedia equipment – Emission requirements. Both are CE marking EMC standards in the European Union, appearing on the list of harmonised EMC standards used to demonstrate conformity with the EMC Directive 2014/30/EU.

The CISPR 35/EN 55035 test standard is intended to replace CISPR 24 and the EN 55024 and AS/NZS CISPR 24 immunity tests. The approach to monitoring the performance of the device while undertaking testing has also undertaken some changes. The older CISPR 24 test standard on which CISPR 35 is based had more personalised key parameters to monitor based on the type of device such as printers and telephone devices, while CISPR 35 focuses on the primary function or functions of the product under test.

While the CISPR 24 tests have not changed significantly in CISPR 35, there are some new additions — such as spot frequency testing for IEC 61000-4-3 radiated immunity tests — that were not previously required for CISPR 24. This means that even if a product has passed testing for CISPR 24/EN 55024 in the past, there is no guarantee that it will pass CISPR 35/EN 55035. Therefore, it would seem prudent to test the MME to EN 55035 for future products or products that have undertaken modifications.

EN 55035 is currently listed on the European Union’s Official Journal (OJ) as a means of demonstrating compliance with the CE Marking EMC Directive, hence to demonstrate the conformity of MME with the immunity requirements for CE marking of electrical products. Showing compliance with this harmonised standard fulfils the first step for CE marking a product for European markets.

EMC Technologies already has a comprehensive scope for testing to a diverse range of EMC, EMF, SAR, electrical safety and wireless test standards, with the company’s NATA scope of accreditation also including EN 55032. Together with a range of international accreditations, EMC provides Australian manufacturers with a route to compliance with the standards and regulations for global markets including RCM, FCC, CE, ISED (formerly Industry Canada), BSMI (Taiwan), VCCI (Japan), IMDA (Singapore) and the Gulf countries to name a few.

Industry 4.0 set to be lead application for IoT within five years

The top three industry segments leading the way in IoT applications are industrial automation and...

Digi International has announced that it will relocate its Brisbane-based headquarters from...