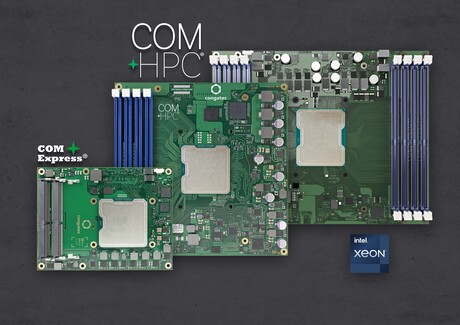 With the recent availability of first COM-HPC server-on-modules, edge server installations have been released from the strict thermal confinements of air-conditioned server rooms and can now finally be utilised whenever large amounts of data throughput with the lowest possible latencies are needed — right up to deterministic real time.

To facilitate the communication with client systems in real time and without delays, data is typically processed at the edge of the communication networks in edge server computing, rather than in central clouds. Unfortunately, this is problematic for manufacturers of server, networking and storage technologies: to date, they have been consistently generating rack solutions for their systems, where the thermal management of the racks and the air conditioning of the server rooms are regulated by active ventilation concepts and powerful air-conditioning technology. Nevertheless, these methods are no longer convenient when it comes to edge server technology.

ASHRAE — The American Society of Heating, Refrigerating, and Air-Conditioning Engineers — already has considerable experience regarding the practical instalment of edge servers in harsh environments. The association has also offered reasonable propositions to ensure that edge data centres remain compatible with high-performance air conditioning and the best available insulation so they can be shielded from the heat and the cold.

Liberate edge servers from the constraints of air conditioning

Having said that, ASHRAE advises that for optimal performance, edge data centres should only undergo a maximum temperature change of 20°C in one hour and a maximum temperature change of 5°C in 15 minutes. This is, regrettably, hard to achieve as it would necessitate advanced air-conditioning technology. Furthermore, these guidelines are even harder to abide by when carrying out maintenance work on edge data centres that happen to be smaller in size than a telephone booth, for example, as manufacturers should have the ability to work on these solutions during the maintenance stage and at any ambient temperature. It would obviously be impractical to access such systems swiftly with a control lock then rush to close the door again simply to perform maintenance in the fully air-conditioned edge server room.

Hence, in harsh environments, edge servers and data centres require system designs that are equipped to handle temperature variations more effectively and that can also function at a much more extensive temperature range than 0–40°C, which is typically recommended for indoor IT equipment. Instead, it is imperative to aim for embedded system designs that can perform at ambient temperatures ranging from -40°C Arctic cold to a hot 85°C that are more prevalent in industrial environments. Therefore, every component must be evaluated accordingly.

The processor technology involved is the most sensitive aspect of the design of edge server, networking and storage technologies. Determining whether to abide by ASHRAE directives and therefore allocate a large amount of money to invest in air-conditioning technology and insulation, and operating costs due to secondary energy consumption, hinges entirely on this technology. Alternatively, manufacturers can also decide to rely on other types of systems that do not require these efforts to function efficiently in extreme temperatures and that can be deployed in harsh environments more cost-effectively. Some of these systems include but are not limited to: installations in factories; outdoor equipment for communications; video surveillance and other critical infrastructures; and servers in mobile systems ranging from trains and aeroplanes to self-driving shuttle buses in smart cities.

With new server processors like the Intel Xeon D family, a robust server technology has now surfaced that can be used over a wide temperature range of -40 to 85°C. So, high-performance server designs can also be freed from the rigid thermal constraints of air-conditioned server rooms and set up wherever latency-free massive data throughput is needed at the edge of the Internet of Things and Industry 4.0 factories.

Nevertheless, a sturdy edge server is not only characterised by its server processor. In fact, extensive knowledge about the technology is also fundamental for fulfilling the needs of system designs built for harsh environments. Each unit should be assessed correspondingly and particular consideration should also be given to the circuit board and board design as well as the specific coatings that shield against condensation water and other environmental influences. Moreover, additional rigid measures are needed to safeguard against external electromagnetic and high-frequency signals that might affect device performance.

When it comes to embedded computing technologies, embedded computing manufacturers have considerable experience in these system designs as they typically incorporate basic PC technologies into embedded systems in a manner that is compatible with industrial use. The developers are well aware of the conditions and certification standards outlined across different industries and are accustomed to creating durable systems to ensure that they meet industry requirements and have the capacity to offer OEM solutions with identical board configurations for 7–15 years. With regards to industrial applications, they understand how the models are quite different from the typical system designs of the office sector since industrial applications usually necessitate some level of scalability that renders modular designs with computer-on-modules the exemplary way to develop boards. Finally, the developers recognise the essentiality of standardisation and that is largely why international standards have been devised for these modules.

This rich experience has now been put to use in the application area of industry-ready edge server designs with the COM-HPC server specification, and developers now have unprecedented access to real products. In the context of the COM-HPC server standard, new server-on-modules prove to be significantly beneficial to developers who can incorporate the modules as application-ready embedded computing logic in their individual carrier boards. As such, they would not be inconvenienced with having to deal with the basic technology of the processor and would focus instead on the specifications regarding how to position the board components and implement the interfaces in the correct places on the carrier board. It is precisely for this reason that the PICMG standardisation committee adopted the COM-HPC Carrier Design Guide as of late. Ultimately, it is fundamental for creating interactive and optimisable customer-specific embedded computing platforms hinging on the new standard and facilitating the learning process for developers attempting to get better acquainted with the logic of the standard. 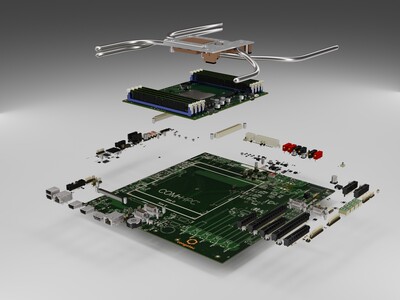 Furthermore, the new server-on-modules do not only support extended temperatures from -40 to 85°C. The modules are also able to free earlier edge servers from many constraints and, therefore, considerably accelerate the next generation of real-time micro server workloads in harsh environments and extended temperature ranges. These new modules provide an unprecedented list of features like up to 20 cores, up to 1 TB of memory on up to 8 DRAM sockets, a total of up to 47 PCIe lanes and up to 100 GbE connectivity as well as TCC/TSN support. 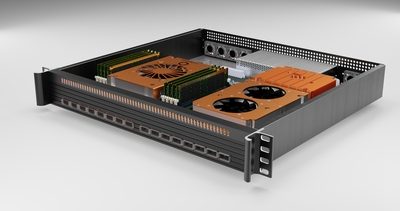 In this regard, the launch of COM-HPC server-on-modules is a breakthrough because of three key aspects: (1) as a result of the extended temperature range support, these server-on-modules can now cater to outdoor and automotive applications in addition to typical industrial environments; (2) the first-of-its-kind COM-HPC server-on-modules now allow the number of cores to reach up to an unprecedented 20 cores and, along with up to 8 DRAM sockets, support an enormously larger memory bandwidth than what was formerly possible with server-on-modules of other PICMG specifications; (3) these server modules provide real-time capabilities with regards to processor cores and TCC/TSN-enabled real-time Ethernet, which is fundamental for digitalisation in IIoT and Industry 4.0 projects. 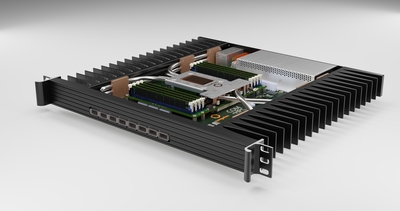 Typical motherboard designs have only standard interfaces onboard, towards the back of the board (rear I/Os). Consequently, their suitability for industrial edge servers for the Internet of Things is limited.

To successfully achieve server balancing and consolidation services for deterministic real-time server installations at the edge that can run several real time applications separately on a single edge server, the platforms should be compatible with real-time-capable virtual machines as provided from the RTS hypervisor from Real-Time Systems, for example. This would give Industry 4.0 factories at the edge of their private 5G networks the ability to introduce diverse real-time applications on a single server platform and allocate system resources strictly to dedicated processes. 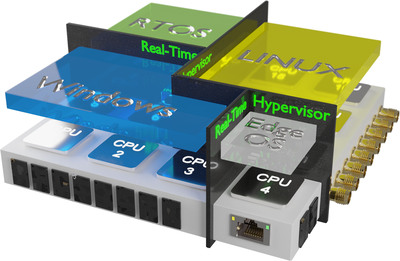 Equipped with up to 20 cores, a large number of options exist for securely running a wide variety of real-time applications by using virtualisation technology from Real-Time Systems.

The breakthrough enables the mechanical and electronic systems needed to operate a robot to be...

Researchers developed a novel approach to inspect and measure critical dimensions of...