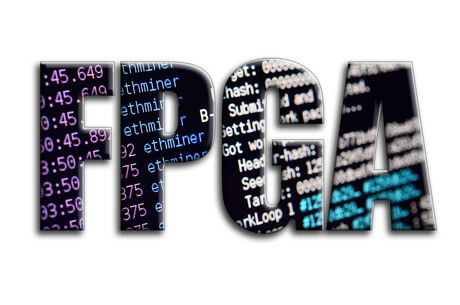 Of course, FPGAs require a different design capture, implementation and verification approach than traditional processors due to the truly parallel nature of programmable logic. This parallel implementation makes FPGAs ideal for applications that require one or more of the following characteristics in the solution.

These characteristics make FPGAs ideal for a range of applications from automotive and aerospace to motor control, image and signal processing, networking and process control. Let’s look at two applications to better understand why FPGAs are ideal for that application.

Image processing is at the heart of many applications from smart cities to security and production line inspection as part of Industry 4.0. In these applications, the image processing solution is required to perform several complex image processing algorithms on a pixel-by-pixel basis. As frame rate and resolution increase, significant computational power is required. Implementation of an FPGA enables each stage of the processing pipeline to be implemented in logic gates, often using an existing vendor IP block. This processing chain can go from the MIPI or HDMI reception, De Bayer, Alpha channel correction, and then advanced processing algorithms such as enhancement, edge detection, segmentation and ML networks. Implementation of the pipeline in programmable logic enables the developer to achieve higher frame rates than using more traditional processing methods. Image processing applications are often used in automotive applications where they are used to increase the SAE level of autonomy.

Another use case for FPGAs is safety-critical or high-reliability applications. This is due to the responsive and deterministic characteristics of the FPGA. Many safety-critical systems had what is called a hard real-time requirement — meaning the data must be gathered, outcome determined, and the action implemented within a set time. Failure to implement the processing and decision within the allotted time results in a failure of the systems. Implementing the processing solution in logic enables each stage of the algorithm to be implemented in parallel. This parallel implementation enables the developer to achieve the response time because the calculation path does not share resources. As resources are not shared, the implemented solution also provides a deterministic response to a given input. This deterministic response also enables a more robust verification strategy because RTL simulation can be created which covers all states, branches, paths and register toggles within the RTL design. Thanks to their responsivity and determinism, FPGAs are ideal for safety-critical applications and are often used within aerospace, automotive, railway and process control applications where certifications to standards such as DO254, ISO26262 and IEC61508 are required.

One final use case of FPGAs is to leverage the flexibility of their interfacing capabilities. FPGAs can create solutions that have any-to-any interfacing thanks to the wide range of single and differential IO standards they support, combined with external PHY when required. This enables developers to be able to implement large numbers of the same interface on the same chip and multiple MIPI interfaces to recover several image processing streams. Alternatively, FPGAs can be used to implement protocol conversion from Gigabit Ethernet to SpaceWire, for example. Of course, the capabilities of the FPGA can also be leveraged alongside the IO flexibility. One such example is during video transcoding where a standard is received and another is transmitted after being transcoded within the FPGA logic. Here again, the ability of the FPGA to provide high throughput enables the implementation of the overall solution.

In summary, FPGAs are best deployed in systems that exhibit a need for one of the identified characteristics of responsivity, determinism, throughput, or interfacing. Applications that require these can leverage the parallel nature of the FPGA to implement a solution that achieves the requirements. As such, we see FPGAs being deployed in a variety of applications including aerospace, automotive, industrial, video transcoding, process control, and high-performance systems. As FPGA technologies evolve (and development tools in particular) we will see FPGAs more common in many applications.

​*Adam Taylor is a professor of embedded systems, engineering leader and world-recognised expert in FPGA/system on chip and electronic design.

No unpleasant surprises in ASIC development

Behavioural modelling gets customers the ASIC they need.

Richard Mount, Director of Sales at Swindon Silicon Systems, explains how custom ICs can help to...

The 10 steps to model and design a complex SoC