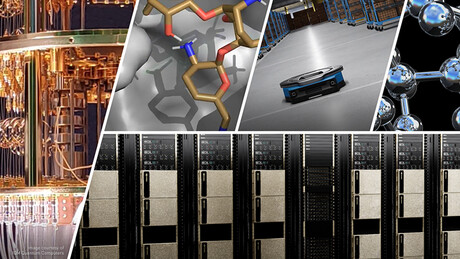 NVIDIA has announced a unified computing platform for accelerating breakthroughs in quantum research and development across AI, HPC, health, finance and other disciplines.

“Scientific breakthroughs can occur in the near term with hybrid solutions combining classical computing and quantum computing,” said Tim Costa, Director of HPC and Quantum Computing Products at NVIDIA. “QODA will revolutionise quantum computing by giving developers a powerful and productive programming model.”

“Quantinuum is partnering with NVIDIA to enable users of Quantinuum’s H-series quantum processors, powered by Honeywell, to program and develop the next generation of hybrid quantum-classical applications with QODA,” said Alex Chernoguzov, Chief Engineer at Quantinuum. “This ties together the best performing classical computers with our world-class quantum processors.”

The Karlsruhe Institute of Technology has developed an industrial power supply based on film...

Researchers have introduced a new superconducting qubit called Unimon, to increase the accuracy...

Researchers at Osaka's Flexible 3D-System Integration Laboratory have showed how to directly...