USB Type-C: the single cable of the future 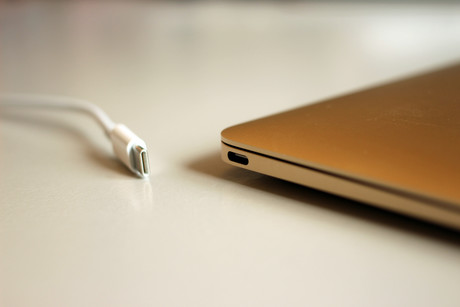 USB Type-C promises to make all other cables and connectors redundant as it delivers power and high-speed data connectivity combined, but there are a few things to look out for.

USB is one of the most successful connectivity technologies and has been used in practically all types of electronic device and system for many years; the familiar form factors of Type-A (the original, full-size USB plug) and Type-B are ubiquitous in consumer devices such as PCs and smartphones. A new version of the connectors, Type-C, has been heralded as a major step forward for consumer electronics as it is much smaller than USB Type-A connectors, with enough bandwidth for a HD video signal (10 Gbps) plus enough power capability to charge a laptop (up to 100 W). The idea is that USB-C cables will eventually replace all the older style connectors, both large and small, in all types of devices with a single type of cable that can be used for everything. USB-C connectors and cable products are now available from manufacturers including TE Connectivity and Molex, and RS Components offers its own RS Pro range.

One of USB-C’s biggest selling points is its compact size, especially its minimal thickness. The connector itself, at 2.4 mm, is slightly thicker than today’s micro-USB connector but much thinner than the 4.5 mm-thick USB Type-A plugs we still use. The first mainstream product to use USB Type-C connector, the 12″ Apple MacBook released in March 2015, is just 13.1 mm thick at its thickest point, and it has only a single USB port which does everything, other than the 3.5 mm headphone jack. This is all thanks to USB-C. Other early adopters of the technology include Nokia’s N1 tablet and Google’s Chromebook Pixel laptop.

Another big selling point is that USB-C connectors and cables are designed to be easy to use. The connectors are symmetrical and can be plugged in either way up, saving a lot of time and reducing the risk of damaging either the male or female connectors by trying to force connectors in upside down. The cables can also be plugged in either way around as they have the same connector on each end. To make this happen, there is additional circuitry inside USB-C cables to ensure power and data travel in the correct directions. This includes an IC which allows the connector to determine whether it’s plugged into a host or peripheral device. 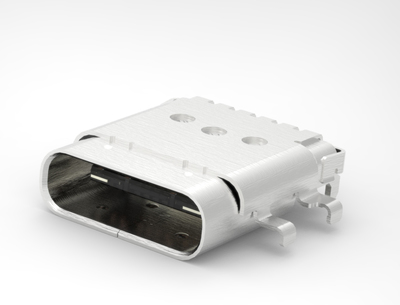 Other much-quoted benefits of USB-C connectors and cables include their bandwidth and power-carrying capabilities. However, while these features require Type-C connectors to work, they are also dependent on the standards used by the device itself.

In terms of speed, Type-C connectors enable 10 Gbps signals — enough to carry high-definition video such as DisplayPort 4K resolution signals. This is a feature of the USB 3.1 standard, which doubles the speed of USB 3.0 but requires Type-C connectors and cables. In other words, to get the advertised speed, you need both USB 3.1 on the device and a Type-C port. The two are not mutually exclusive; a device could feasibly use Type-C for its power properties without supporting fast data speeds. For example, a USB 3.0 device with a Type-C port, connected via a Type-C cable, will still be limited to 5 Gbps as that is the maximum speed of USB 3.0.

Power-wise, USB-C connectors and cables are designed to carry up to 100 W — enough to charge laptops and bigger devices. Confusingly, though, the high power capability is part of another standard called USB Power Delivery (USB PD), which is separate from USB 3.1. It’s perfectly possible to have a USB 3.1 device that does not support USB PD — and then even with a Type-C cable, the full 100 W will not be possible. Assuming the device is USB PD compatible, then Type-C cables enable five power profiles: 10 W (5 V, 2 A), 18 W (12 V, 1.5 A), 36 W (12 V, 3 A), 60 W (20 V, 3 A) and 100 W (20 V, 5 A). It’s also important to note that these power levels can be reached while data is being transferred simultaneously. The limit for previous generations of USB and older connectors was considerably lower, but by using the connectors/cables only for power delivery (not data), manufacturers could get around this and get enough power through to charge small batteries such as in smartphones.

There are a few points to consider when using USB-C connectors. Firstly, as they are extremely compact, it follows that the connectors are a little more fragile than the robust USB Type-A plugs. USB-C male connectors have a hollow centre, while female connectors/receptacles have a thin tab at the centre. There has been some speculation about whether these tabs will withstand frequent mating or rough treatment of the cable or device while it’s plugged in. It’s likely that robust applications outside the consumer world that don’t need such compact dimensions will stick with USB-A connectors for this reason (USB-A connectors can handle USB 3.1).

USB-C is designed to be backwards compatible with devices that use older connector types and older versions of the USB specification. A wide range of plug-type adapters that convert between connector types is available, as well as cable assemblies with a USB-C plug at one end and a legacy USB plug at the other.

Another thing that has been widely discussed is the authenticity of cables. Since the introduction of the USB-C connector, manufacturers have flooded the market with cheap cable products, many of which are unfortunately not certified and may or may not meet the technical specifications required for USB PD, in particular. Since Type-C cables have circuitry in them, there is much more scope for products to make it to the marketplace that don’t actually work, or worse, end up damaging electronic devices beyond repair. One famous recent case concerned Google engineer Benson Leung, who bought a cheap USB-A to USB-C adapter cable online which blew up his test rig and ‘fried’ his Chromebook Pixel laptop. On further investigation, the cable he was using had wires soldered to incorrect terminals, one wire missing altogether and what should have been a 56 kΩ pull-up resistor was a 10 kΩ part connected in pull-down configuration. He speculates that the manufacturer may have noticed the pull-down mistake and tried to correct it by swapping the Vbus and Ground wires, with unfortunate consequences. 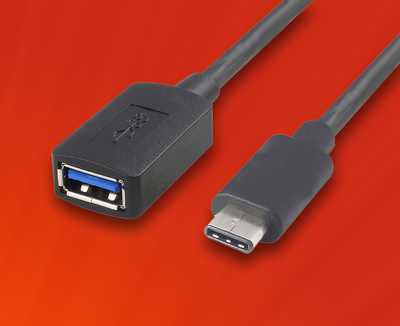 To avoid stories like this becoming commonplace, consumers and business users alike are advised to buy only certified cables from reputable sources. A USB-C Authentication specification has also been introduced, which defines 128-bit cryptographic authentication for USB-C chargers, devices, cables and power sources. Host systems will be able to use this protocol to tell very quickly whether a product is compliant, before beginning data or power transfer. As a bonus, the authentication protocol can be used for secure systems to allow only authorised devices to work with a particular host device.

Moving forward, Intel has announced that its Thunderbolt 3 protocol, designed for high-definition display signals up to 40 Gbps, will use the USB-C connector. Previous versions of Thunderbolt used Mini DisplayPort connectors, so this move is seen as a big stamp of approval for the technology. It should also encourage consumer device manufacturers to include USB-C ports into their PCs, tablets and smartphones.

It seems clear that USB-C cables will eventually replace not only older USB cables, but all portable device power cables, as well as HDMI and other high-definition display cables. As a result, consumer device data and power connectors are likely to converge into a single connector type, and devices of the future will only have one port for everything. It really will be one-cable-fits-all.

Top image courtesy of Maurizio Pesce under CC BY 2.0

Before twisted-pair cables became a permanent feature of industrial halls, connections based on...

The importance of cable verification, qualification and certification

When it comes to testing a cabling installation, there are essentially three choices:...

Take 1 cm off your cable to reduce PIM

Adjusting a jumper cable length by as little as 1 cm can significantly influence passive...