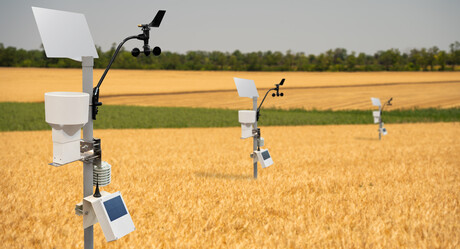 As the world witnesses the rapid rise of the IoT revolution, sensor usage is being leveraged to a whole new level. With this in mind, global electrochemical manufacturer Electrolube is collaborating with device manufacturers to ensure RF signals, components and sensors are protected.

Sensors detect and respond to changes in an environment with inputs from a variety of sources such as light, temperature, motion and pressure. To facilitate efficient use in a broad mix of end-use environments, particularly harsh environments, sensors need to be protected to ensure ongoing performance — especially within the remit of critical applications.

Electrolube’s customer required protection for a container of sensors, which enable constant reporting to avoid field failures, selective maintenance and downtime. The sensors analyse the status of industrial machinery within many different environments and industries such as petrochemical, food processing and offshore platforms. As the container is full of sensors, it communicates with a server to update the information gathered, reporting back on phones and tablets. This ultimately allows for predictive maintenance selection and scheduled downtime for maintenance rather than failures.

The sensors within the box required protection and Electrolube was tasked with creating an opaque, high-quality resin that would protect the design/patent with low permativity as well as enable RF applications to function effectively without any loss of performance. UL approval was also important and Electrolube initially considered UR5604; however, this was not as effective for RF applications.

The requirement for the UL approval was to ATEX standards as this is critical for certain environments, such as an offshore rig where a spark could be devastating; in these circumstances, the device would need to be explosion proof. Electrolube’s UR5528 was also a contender as a degree of chemical resistance was thought necessary. However, this is quite a hard resin and the unit holding the sensors would be subject to a high degree of vibration, making this particular resin unsuitable. Overall, a much softer resin was required.

Electrolube’s ultrahigh-performance polyurethane resin, UR5118, was put forward for testing, but some initial problems were encountered with the customer’s current machine. However, this was quickly resolved by Electrolube simply by amending the machine set-up to ensure it held the set mix ratio during the process to avoid any problems with curing. Offering good electrical properties for encapsulating RF applications, UR5118 provides high protection in a wide range of environments and is highly water resistant, including to sea water. It has low moisture sensitivity during cure and its low viscosity allows the resin to flow around complex geometries. Its high toughness offers protection under harsh conditions, while maintaining flexibility down to -60°C.

Following curing, RF testing and EMC testing, the final resin UR5118 was selected for the application and ticked all the boxes for protecting the sensors and RF transmitters.

Bulgin fuse holders are designed to provide the high level of protection required in today's...