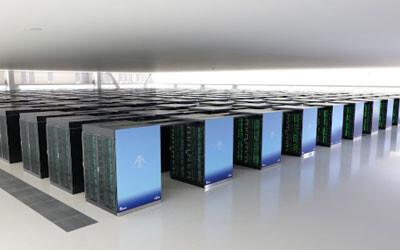 Japanese supercomputer Fugaku, which is being jointly developed by RIKEN and Fujitsu based on Arm technology, has taken out the top spot on the TOP500 list — a ranking of the world’s fastest supercomputers that is published twice a year.

Currently installed at Japan’s RIKEN Center for Computational Science (R-CCS), Fugaku is being developed under a national plan to design the country’s next-generation flagship supercomputer and to carry out a wide range of applications that will address high-priority social and scientific issues. Scheduled to begin full operation in fiscal 2021, it will be put to use in applications aimed at achieving the Society 5.0 plan, by running applications in areas such as drug discovery; personalised and preventive medicine; simulations of natural disasters; weather and climate forecasting; energy creation, storage and use; development of clean energy; new material development; new design and production processes; and — as a purely scientific endeavour — elucidation of the fundamental laws and evolution of the universe. In addition, Fugaku is currently being used on an experimental basis for research on COVID-19, including on diagnostics, therapeutics and simulations of the spread of the virus.

The top ranking on Graph 500 was won by a collaboration involving RIKEN, Kyushu University, Fixstars and Fujitsu. Using 92,160 nodes, it solved a breadth-first search of an enormous graph with 1.1 trillion nodes and 17.6 trillion edges in approximately 0.25 seconds, earning it a score of 70,980 gigaTEPS — far surpassing China’s Sunway TaihuLight, which is currently second on the list, with 23,756 gigaTEPS.

“10 years after the initial concept was proposed, and six years after the official start of the project, Fugaku is now near completion,” said Satoshi Matsuoka, Director of RIKEN R-CCS. “Fugaku was developed based on the idea of achieving high performance on a variety of applications of great public interest, such as the achievement of Society 5.0, and we are very happy that it has shown itself to be outstanding on all the major supercomputer benchmarks. In addition to its use as a supercomputer, I hope that the leading-edge IT developed for it will contribute to major advances on difficult social challenges such as COVID-19.”

Australia’s newest supercomputer, Gadi — believed to be the most powerful in the Southern Hemisphere — meanwhile ranked a very respectable 25 in the TOP500 list.

Housed at the Australian National University (ANU) and operated by the National Computational Infrastructure (NCI), Gadi has already played a key role in the advancement of Australian research since being activated in January this year. It is expected to help researchers tackle and solve some of the most profound and pressing issues of the coming decade — with NCI collaborators including the Bureau of Meteorology, CSIRO and Geoscience Australia, as well as universities and other research groups, set to utilise Gadi to its full potential in the coming years. 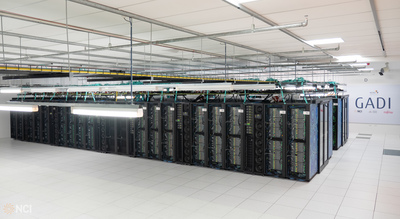 “Gadi will give researchers the tools to unlock the mysteries of the universe, predict and manage natural disasters, advance cancer research and design new materials for future,” said ANU Vice-Chancellor Professor Brian Schmidt.

“The computational performance available on Gadi is unprecedented in Australia, enabling rapid response to national emergencies such as COVID-19 and bushfires that we could not have approached before,” added NCI Director Professor Sean Smith.

“We have over 5000 users that rely on NCI’s unparalleled high-performance compute and data services to produce world-leading scientific research. With Gadi now fully operational, these users will be able to perform their work faster, and with greater precision. Gadi is, quite simply, a critical foundational infrastructure for Australia and Australian research.”

Selecting the right industrial joystick for your application

Costing aside, choosing the right industrial joystick when such requirement is called for can be...